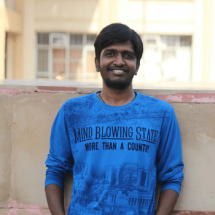 Web 3.0 represents the next iteration or phase of the evolution of the Web/internet and could potentially be as disruptive and represent as big a paradigm shift as Web 2.0. Web 3.0 is built upon the core concepts of decentralization, openness, and greater user utility. It will work under blockchain technology.

Web 1.0, also called the Static Web, was the first and most reliable internet in the 1990s despite only offering access to limited information with little to no user interaction. Back in the day, creating user pages or even commenting on articles weren’t a thing.

Web 1.0 didn't have algorithms to sift internet pages, which made it extremely hard for users to find relevant information. Simply put, it was like a one-way highway with a narrow footpath where content creation was done by a select few and information came mostly from directories.

The Social Web, or Web 2.0, made the internet a lot more interactive thanks to advancements in web technologies like Javascript, HTML5, CSS3, etc., which enabled startups to build interactive web platforms such as YouTube, Facebook, Wikipedia and many more.

This paved the way for both social networks and user-generated content production to flourish since data can now be distributed and shared between various platforms and applications.

The set of tools in this internet era was pioneered by a number of web innovators like the aforementioned Jeffrey Zeldman.

Web 3.0 is the next stage of the web evolution that would make the internet more intelligent or process information with near-human-like intelligence through the power of AI systems that could run smart programs to assist users.

Tim Berners-Lee had said that the Semantic Web is meant to "automatically" interface with systems, people and home devices. As such, content creation and decision-making processes will involve both humans and machines. This would enable the intelligent creation and distribution of highly-tailored content straight to every internet consumer.

It will be deployed as a blockchain technology.